A small town of the Dnipropetrovsk region has become a real cultural center of Ukraine, having created a phenomenon called «Petrykivka» or «Petrykivka painting». Decorative painting on the Prydniprovya appeared on the white wall of Ukrainian wattle and daub hut. Hut paintings were not designed for a long life. Annually on the eve of a great holiday wall paintings were held off and the new ones were applied. Each hostess sought to make her house the most picturesque.The most diligent hostesses in Petrykivka were called «chepurushky»1. It was they who transferred painting skills from one generation to another. 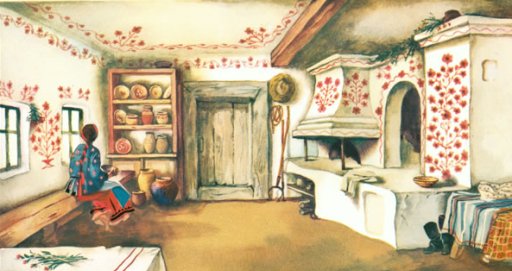 Since the end of XIX century, when bright aniline pigments had been invented, craftswomen begin to paint not on the walls, but on the paper sheets malyovky2 of appropriate size and format. These paper decorations – flowers in oval, flower pots-bouquets, tapes-friezes, rectangular carpets – were stuck to the walls, following the hut interior decoration traditional rules (on fireplaces and ceiling beam, above the windows and floor). Malyovky had a great demand as one could easily transport them, replace with new ones, and purchase them at the fairs.

With the World War II, and later civil war and especially collectivization on set, Petrykivka painting declined. Peasant everyday life has lost the joy, and the desire to create beauty along with it.The local teacher Oleksandr Statyva contributed to the Petrykivka painting folk tradition revival.

Thanks to his efforts the country school of decorative painting, the teacher of which became the last Petrykivka chepurushka Tetyana Pata, was opened in 1936 (existed till 1941). In 1936 in Kyiv, and then in Moscow, the first exhibitions of Ukrainian folk art held, where Petrykivka craftswomen works were presented: by Tetyana Pata, Nadiya Bilokin`, Iryna Pylypenko and Hanna Isayeva. They were learned by the whole Ukraine and received the recognition. These events served as a splash of creative activity and further painting development.

The painting itself has changed qualitatively as well. Folk masters, working on a separate sheet of paper, began to gradually move away from wall paintings motifs imitation, increasingly took into account not so much the place where malyovka should hang, as the paper sheet sizes and format. From the applied «malyovka», subordinated to the village hut structure, it gradually turned into a valuable art work.

Fedir Panko began to revive the Petrykivka painting as an art craft, having created in 1958 under varnish painting workshop at the «Free peasant woman» art and industry artel (cooperative association) of embroiderers, which later grew into the «Druzhba» art products factory (existed till early 2000). The production of new according to manufacturing and technology art products was mastered at the factory.

Piggy banks, plates, boxes originally of papier-mâché, then of wood particle mass, covered with black varnish and painted with floral ornament, received wide recognition at exhibitions and fairs. Thus, one had an idea that Petrykivkaisa bright painting on black background3.

On May 4, 1971, Fedir Panko founded the Experimental Petrykivka painting workshop at the Dnipropetrovsk art and manufacturing plant of the Dnipropetrovsk Organization of National Artists Union of Ukraine. Masters began to paint wood products, keeping alive wood background, without covering it with paint.

Here one painted porcelain, faience, metal, mastered other materials as well –glass, fabric. The soft coloring began to dominate in the porcelain painting and half tones appeared.

There was a deviation from the traditional red-yellow-green wall painting and creation of graphic works in the blue, dark blue, violet, light yellow, gray palettes, color conversion to the main picture color, previously used only for minor disseminations.

70-90 years of the XX century became the time of prosperity for Petrykivka painting. It is characterized by the creation of wonderful works, which serve as a model for modern masters. An artistic school of V. Sokolenko, his creative and life attitudes helped Petrikivka to withstand in difficult times and boldly move to the search of new themes, new content.

At the end of XX century the traditional Petrykivka painting functions have changed. It has lost the connection with rural life and represents folk art as a souvenir or author’s work in new conditions. 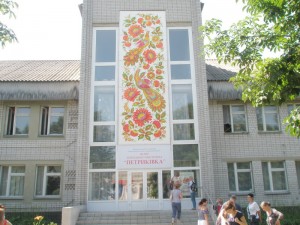 The new name of the enterprise is «The folk art center «Petrykivka». In modern conditions the center staff is the Petrykivka painting creative core, bringing together around forty leading masters of Petrykivka, among them 24 members of the National Artists Union of Ukraine, 6 folk art of Ukraine honored masters.

So, Petrykivka painting was constantly evolving. Originally it was a hut wall painting, then it moved to the paper, household and everyday items (of wood, porcelain, glass). Some masters paint on fabric, painting things of daily usage. Along with the development of areas where the painting was used, the technique and form of painting developed itself.

Petrykivka painting was included to the UNESCO Representative List of the Humanity Intangible Cultural Heritage on December 5, 2013.

1 The word «chepurushka» reflected the following concepts: this girl is young, neat herself, able to do everything: and smear, and spin, and weave canvas and carpets, and embroider, and paint, and cook a good borshch (traditional Ukrainian soup made from meat, sautéed vegetables, and fermented beetroot juice).So, she can do everything that woman will need in the future.

2 Malyovka is a decorative painting on thin paper, made with aniline paints – «maniyky», which replaced the wall painting in the hut interior design. Malyovka usually consists of one large floral element and leaves or simply pitushinnya (connection of separate smears in flowers and leaves, as well as of separate elements among themselves).

3 In fact, the black background has never been characteristic for the Petrykivka painting traditions. Ancestors of such color combinations are the Asian countries cultures.

Whatever winter or summer –
In Petrykivka one can see a flower.
You may even unscrew flowers` heads,
But they leave the huts
And fly in the worlds.
Whatever your will,
They fly through valley and hill,
From the fireplace or wall,
Shutters, boxes and we`re not able to recall,
They fly without any visa,
Ubiquitous and arbitrary,
On machine iron,
Then – on paper,
On wooden boards,
On plastic ones. 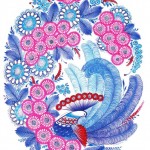 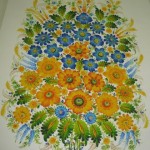 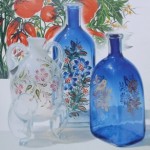 Andriy Pіkush, paintings on the glass. 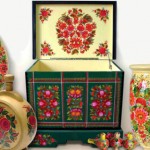 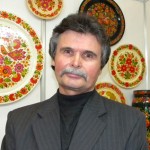 The national artist of Ukraine (2013). The award named after Kateryna Bilokur laureate (2009).
The folk art of Ukraine honored master (1981).
The National Artists Union of Ukraine member (since 1977).
Awarded the order «For merits» III degree (2009). 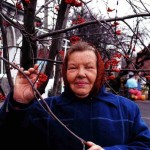 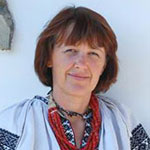 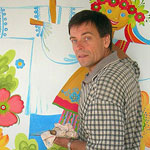 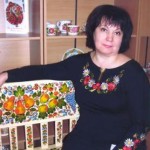 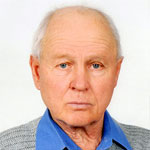 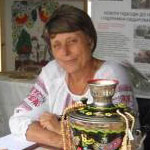 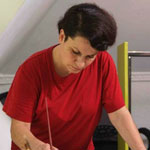 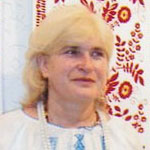 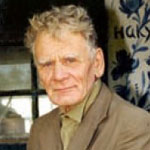 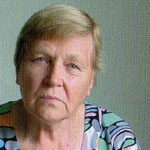 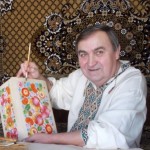 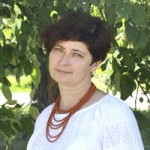 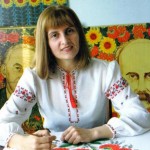 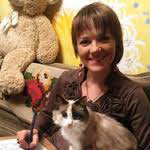 The artist, designer, the National Folk Art Masters Union of Ukraine member (since 2013). 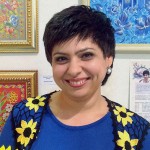 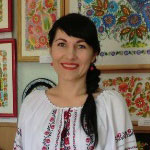 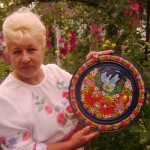 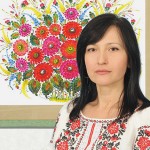 Studied Petrykivka painting at Children’s art school named after T. Ya. Pata, F. Panko was the first teacher. In 1988 continued the creative way as an experimental workshop student (teacher – A. Pikush). From 1989 to 2000 worked at the «Petrykivka» Folk Art Center. 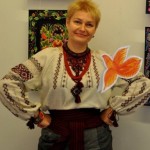 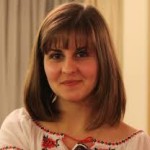 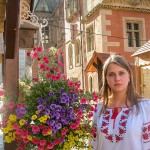 Albums and catalogs of works by Petrykiv artists